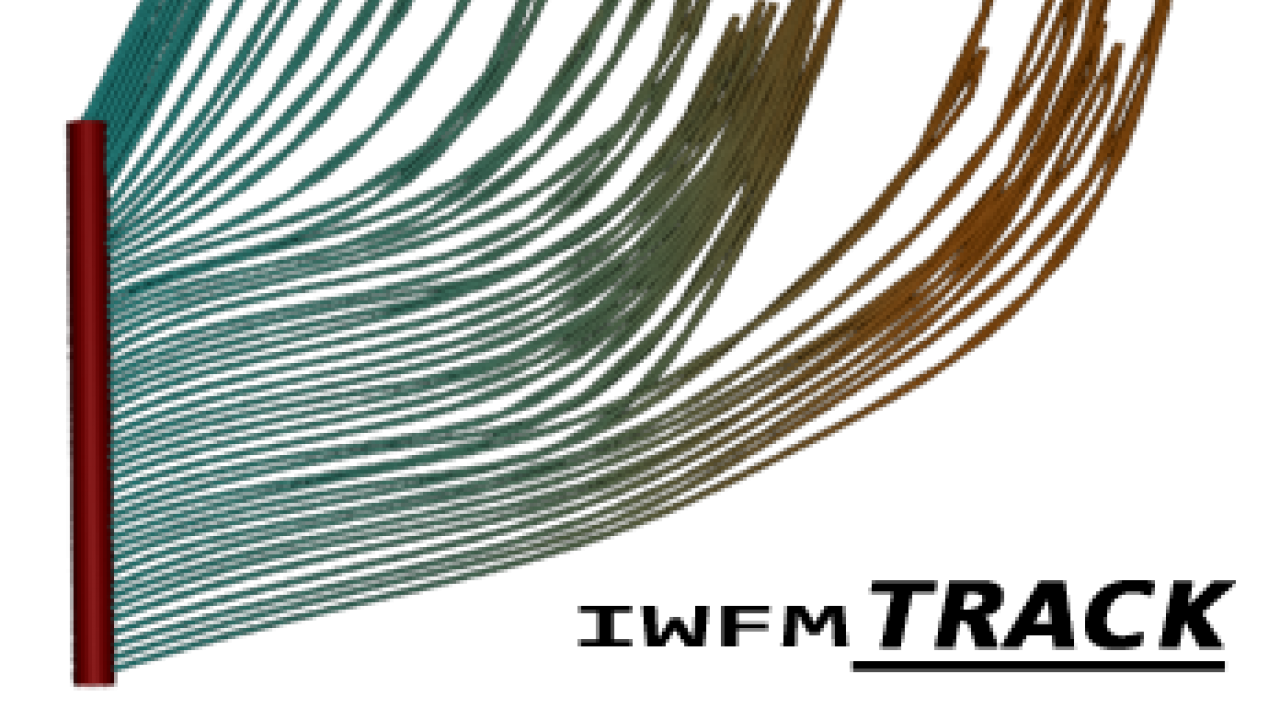 Getting started with IWFM TRACK

In the following paragraphs we will show the minimum steps to run the particle tracking algorithm.

First, there is a rather time consuming preprocessing step to prepare the required files.

Then, for each particle tracking run two additional input files are needed.

First we have to run IWFM to generate the groundwater flow field that particle tracking is using.
At the moment there is only one (but very important if you live in California) IWFM model the C2Vsim. There are few different versions of C2Vsim. IWFM TRACK is based on the newest fine grid version which is based on IWFM version 2015 code. You can  obtain a beta version from here.
Guidelines on how to run C2Vsim are beyond the scope of this tutorial, yet running it is trivial. Depending on the workstation this may take up to 6 hours. It is important to make sure that the groundwater flow field is printed as hdf output.

The second step is to gather the required data and write out the input files for IWFM TRACK. For this task we use R.

In the first 16 lines of the Preproc.R script the user has to define 3 paths. There are explanations in the script. Once those paths are set, simply run the script to generate the PartTrackData.h5 file. This script takes few minutes to run.

The following sequence of R commands prepare the input files that have to be generated only once per model run.

The current version of particle tracking operates on a steady state field (at least the c++ implementation).

Therefore we have to average the flows. To calculate average flows we can use the following R function:

The above command averages the flow field from 10/2005 to 9/2015. The variable D was loaded in the previous set of commands. Note that the above line overwrites D. Therefore to calculate an average field for another period we have to reload the entire D variable. One could assign the output of iwfm.AverageVelField to a different variable. However D containts a huge amount of data ~1.5GB and its not recommended to keep unnecessary copies of this variable.

Another possibility is to use selected months instead of a range.
First examine the output of the iwfm.SimTime() and decide which ids you should use.

For example, to average the values of all April months from 2005 to 2015 do the following:

These two files have to be generated every time we wish to use a different averaged velocity field.

The following files are required for each particle tracking run.

The well input is an ascii file with the following format:

Where Nwells is the number of wells to be simulated. Then repeat at least Nwells times the next line which includes

X and Y coordinates, Depth, which is the distance between the ground surface and the top of the screen and ScreenLength is the screen length. The units are are in meters

A short list of some of the variables is the following:

The variable names must be exact as shown and they are case sensitive. To see a full list of the variables that can be set at run time, execute the code as

You can also execute with the option -h to get a short help or -v to get information about the version.

Finally, once the inputs are all set you can start the particle tracking by executing the following command under windows powershell

where config.dat is the configuration file.

The format of the output file when ENDPNTS=0, which is the default value, is the following:

X,Y,Z are the point coordinates, VX, VY, VZ are the velocities on that point. AGE is the time since the start of the particle and shows the age of water at that point.

The post processing is not a standard procedure. Nevertheless visualizing the velocity field is not only interesting but fun also.

Under the hou folder of the repository there are two files. The file *.hdanc is the digital asset definition, while the *.hipnc is the file that can be opened with houdini.